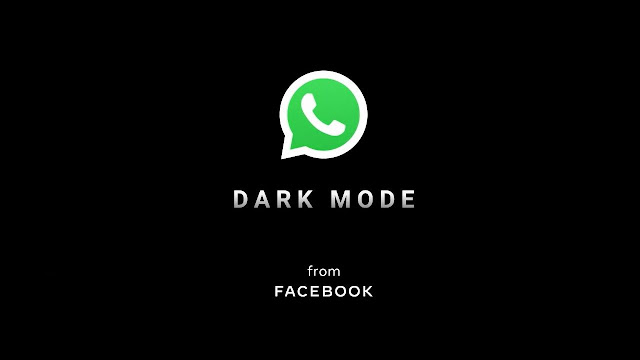 WhatsApp is set to receive the much-awaited dark mode on desktop platforms. According to a recent report by WABetaInfo, WhatsApp Web and WhatsApp for PC/Mac are currently being tested with a dark theme that paints the main screen and side panel in varying shades of dark grey. In recent builds the code for dark mode is available but there's no official option to enable it. So here's how can you enable it yourself. 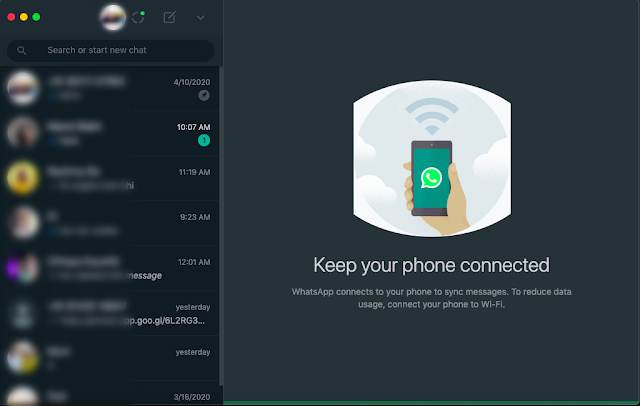 What things you need to install before starting up
Installing section is just to install prerequisites if you already don't have them. Otherwise skip to  Applying Dark Mode

open index.html and edit
find body
replace it with code below
save the file, hit ctrl+x type y and enter

5.  Pack the app.asar file Go into the app’s directory

What is a Proxy Server and How it Works? 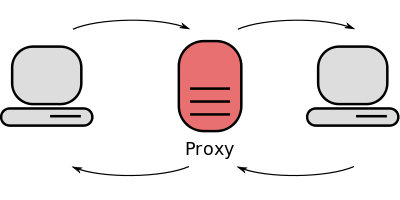 An illustration of how a proxy server works is shown below: 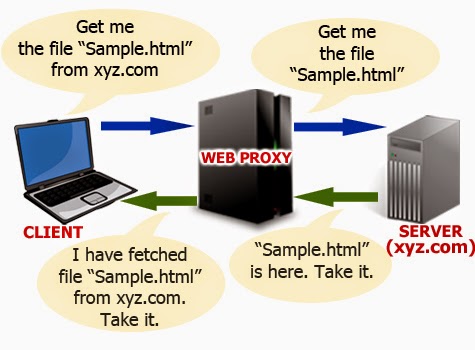 As shown in the above example, whenever the client connects to a web proxy server and makes a request for the resources (in this case, “Sample.html”) that reside on a remote server (in this case, xyz.com), the proxy server forwards this request to the target server on behalf of the client, so as to fetch the requested resource and deliver it back to the client. An example of client can be a user operated computer that is connected to the Internet.

Types of Proxy Servers and their Uses:

An open proxy is a type of forwarding proxy that is openly available to any Internet user. Most often, an open proxy is used by Internet users to conceal their IP address so that they remain anonymous during their web activity. The following are some of the web proxies that fall under the category of open proxy:

An anonymous proxy is a type of open proxy that conceals IP address of Internet users so that the target server cannot identify the origin of the requesting client. However, an anonymous proxy identifies itself as a proxy server but still manages to maintain the anonymity of the users.

This type of proxy server identifies itself as a proxy, but reveals an incorrect IP address of the client to the target server.

An elite proxy provides maximum anonymity as it neither identifies itself as a proxy nor reveals the original IP address of the client. In most cases, users have to pay for this type of proxy as it is seldom available freely on the Internet.

What is Denial of Service (DoS) Attack? 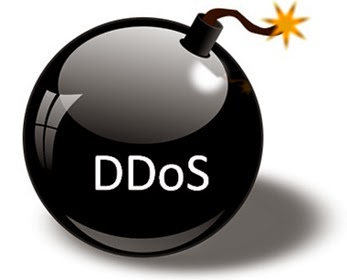 If you are working in the field of computer networks or an enthusiast in the field of network security, you are sure to have come across the term “Denial of Service attack” which is simply referred to as “DoS attack”. Today, this is one of the most common types of network attacks carried out on the Internet. In this post, I will try to explain DoS attack, its variants and methods involved to carry out the same in an easily understandable manner.

What is a DOS Attack?

Denial of Service or DoS attack is a type of network attack designed to flood the target network or machine with a large amount of useless traffic so as to overload it and eventually bring it down to its knees. The main intention behind DoS attack is to make the services running on the target machine (such as a website) temporarily unavailable to its intended users. DoS attacks are usually carried out on web servers that host vital services such as banking, e-commerce or credit card processing.
A common variant of DOS attack known as DDoS (Distributed Denial of Service) attack has become quite popular in the recent days as it is more powerful and hard to detect. A typical DoS attack has a single place of origin while a DDoS attack originates from multiple IP addresses distributed across two or more different network. The working of a DDoS attack is shown in the following diagram: 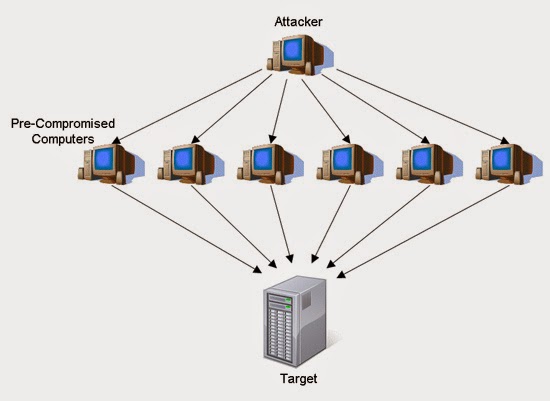 DoS attacks can easily be handled by blacklisting the target IP (or range of IPs) that are found to be making too many requests/connections (in an unnatural way) to the server. However, DDoS attacks are complicated as the incoming requests seem more natural and distributed. In this case it is hard to find the difference between the genuine and malicious traffic. Taking an action at the firewall level to blacklist suspected IPs may result in false positives and therefore may affect the genuine traffic as well.

The following are some of the commonly employed methods in carrying out a DoS attack:
I might write other article on methods involved in DoS Attack...till then keep visiting..
#DoS #DDoS #Attack #DoS-Attack
Posted by Lalit Kumar at 8:42 PM 0 comments

What is MD5 Hash and How to Use it In this post, I will discuss about one of the interesting cryptographic algorithm called MD5 in a very simple and easy to follow manner. In addition to understanding what is MD5 hash, you will also learn how to make use of this algorithm in your daily life.

What is MD5 algorithm?

MD5 which stands for Message Digest algorithm 5 is a widely used cryptographic hash function that was invented by Ronald Rivest in 1991. The idea behind this algorithm is to take up a random data (text or binary) as an input and generate a fixed size “hash value” as the output. The input data can be of any size or length, but the output “hash value” size is always fixed. Here is an example of MD5 Hash function at work: 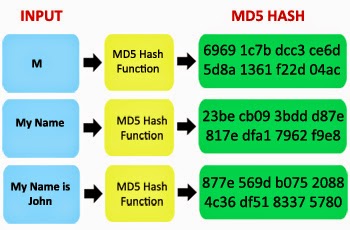 As you can see from the above example, whatever the input size you give, the algorithm generates a fixed size (32 digit hex) MD5 hash.

Before I tell you about how to use MD5, I would like to share one of my recent experience which made me start using MD5 algorithm.
Recently I made some significant changes and updates to my website and as obvious, I generated a complete backup of the site on my server. I downloaded this backup onto my PC and deleted the original one on the server. But after a few days something went wrong and I wanted to restore the backup that I downloaded. When I tried to restore the backup, I was shocked! The backup file that I used to restore was corrupted.
That means, the backup file that I downloaded onto my PC wasn’t exactly the one that was on my server. The reason is that there occurred some data loss during the download process. Yes, this data loss can happen often when a file is downloaded from the Internet. The file can be corrupted due to any of the following reasons:
So, whenever you download any valuable data from the Internet, it is completely necessary that you check the integrity of the downloaded file. That is, you need to ensure that the downloaded file is exactly the same as that of the original one. In this scenario, the MD5 hash can become handy. All you have to do is generate MD5 hash (or MD5 check-sum) for the intended file on your server.
After you download the file onto your PC, again generate MD5 hash for the downloaded file. Compare these two hashes and if they match, that means the file is downloaded perfectly without any data loss.
A MD5 hash is nothing but a 32 digit hexadecimal number which can be something as follows:

A Sample MD5 Hash
e4d909c290d0fb1ca068ffaddf22cbd0
This hash is unique for every file irrespective of its size and type. For example, two different executable files (.exe files) with the same size will not have the same MD5 hash even though they are of same type and size. So MD5 hash can be used to uniquely identify a file. The same thing applies even for messages where each message that was sent and received can be verified using the MD5 hash.

How to use MD5 Hash to check the Integrity of Files?

Suppose you have a file called backup.tar on your server. Before you download, you need to generate MD5 hash for this file on your server. To do so use the following command:
For UNIX:
md5sum backup.tar
When you hit ENTER you’ll see something as follows:
e4d909c290d0fb1ca068ffaddf22cbd0
This is the MD5 hash for the file backup.tar. After you download this file onto your PC, you can cross check its integrity by again re-generating MD5 hash for the downloaded file. If both the hash matches then it means that the file is perfect. Otherwise it means that the file is corrupt. To generate the MD5 hash for the downloaded file on your Windows PC use the following freeware tool:
MD5 Summer
I hope you like this post. For further doubts and clarifications, please pass your comments. Cheers!

How to Remove write protection from a USB flash drive 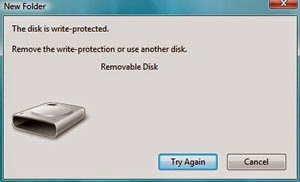 Open Start Menu, type regedit in search box and press Enter, this will open the registry editor. then Navigate to the following path:
HKEY_LOCAL_MACHINE\SYSTEM\CurrentControlSet\Control\StorageDevicePolicies
Select it and see at the right side. It it has a key WriteProtect, edit it and change its value to 0.
Restart your computer and check again. 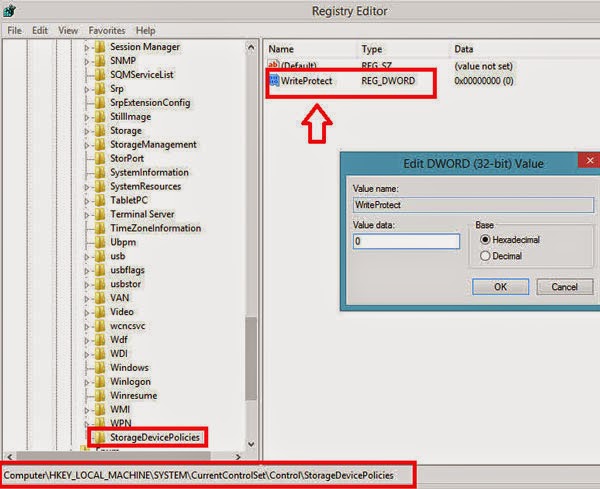 If you can’t find StorageDevicePolicies, you can try creating a key by right-clicking in the white space in the Control folder and choosing New -> Key and carefully entering the name. 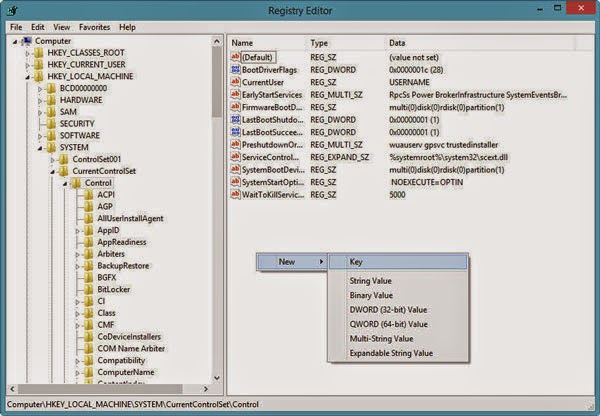 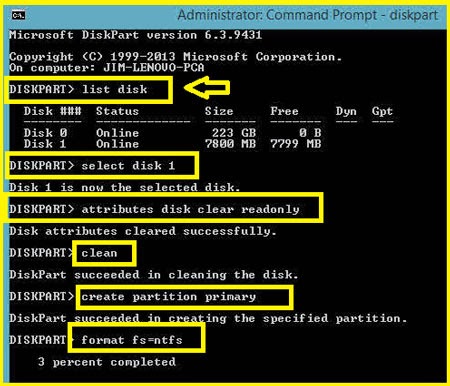 Method 3 :- Use the Formatting tool
Download Apacer Formatting Utility.
Unzip the pack to a folder. Now double-click the Start.bat file in that folder. This will initiate the formatting. Wait until the formatting completes or the LED of the drive stops blinking. If you fail once give it few more try.

Now remove the pen-drive and plug it in to the PC again. Now, open RUN and type cmd and hit Enter.
Now in the command prompt, type CHKDSK [usb-drive-letter]: /F. That’s it. You are done.
Hope this will fix your problem.
Posted by Lalit Kumar at 11:42 AM 1 comments 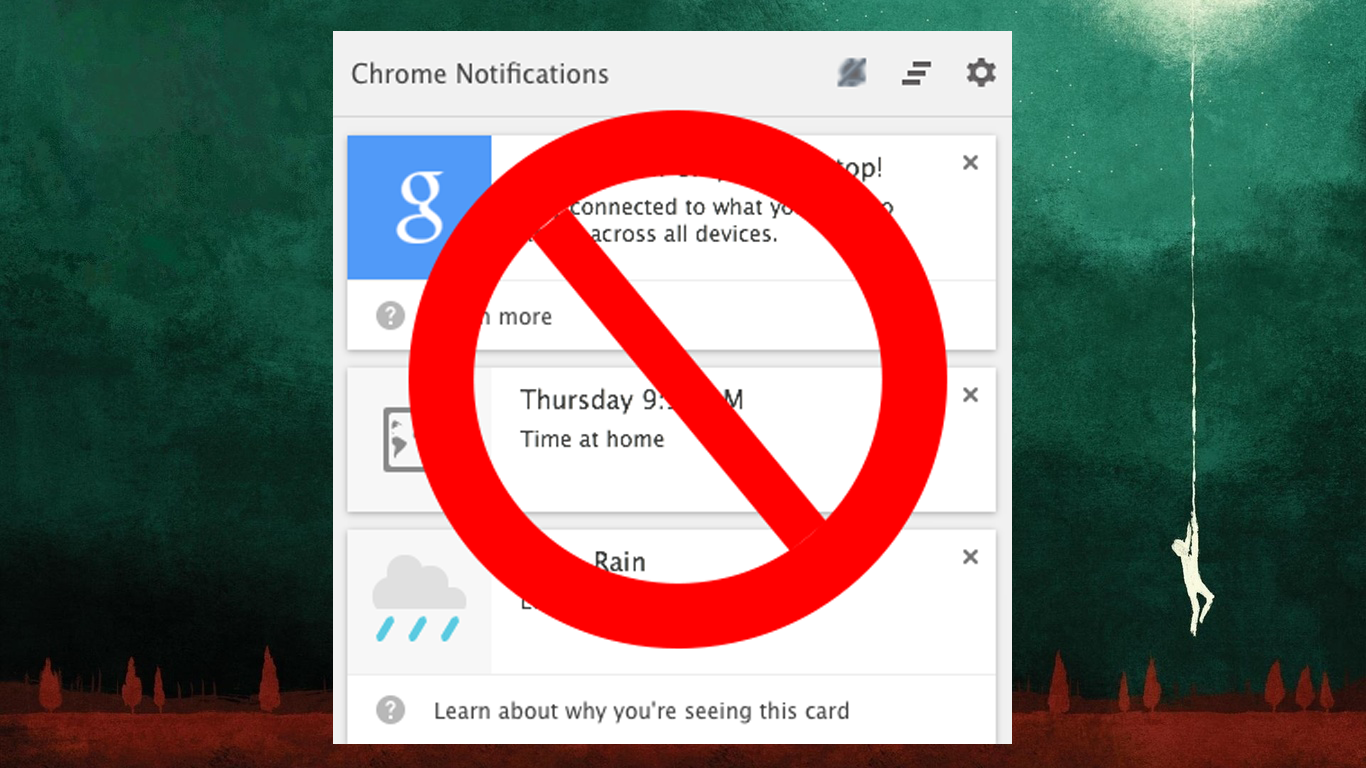 Google recently rolled out an update that added Google Now support to its Chrome browser on both Windows and Mac. That's great if you use Google services. If you don't, it tends to just repeatedly tell you the current weather. Here's how to disable it,just follow instructions.


First off, just disable the Google Now notifications:
1.Click the bell icon in the lower-right corner of your screen on Windows, or in the menu bar on your Mac
2.Click the gear icon
3.Uncheck the "Google Now" box.
That disables the Google Now notifications but leaves other Chrome notifications. However, if you want to purge your computer of all Google's obnoxious (to some) notifications (and that bell icon you didn't ask for or permit to exist), you need to do one more thing:
1.In Chrome, type chrome://flags into the URL bar
2.Search for "Enable Rich Notifications" and "Enable Experimental UI for Notifications" and set both to "Disabled"
3.Relaunch Chrome.
Now, the bell will be gone, and Chrome will stop pestering you with notifications.
Enjoyzz....
Stay connected for more...
#Google Chrome, #Internet, #Chrome, #BellNotifications, #GoogleNowNotifications
Posted by Pirate Rex at 9:58 AM 1 comments